FORM OF THE YEAR 2013
In March 2014 Łódź received excellent news: the revitalised EC1 complex at 1/3 Targowa Street was awarded with the prestigious title of "Form of the Year 2013". The first place was given to EC1, which received 38% of the votes cast in the poll. The fact that 2013 featured a number of buildings with significant architectural value added glory to the victory of EC1. The complex in Łódź was a definite winner, becoming a cultural landmark. "I have seen EC1 live and it looks... out of this world ", one Internet user living outside Łódź commented. It was nice to hear that :-)

MP POWER AWARDS 2015
MP Power Awards are given for the events sector. The best ideas, innovations and venues compete with each other in various categories. EC1 took part in the contest for the best MP Power Venue, i.e. the place with the greatest potential to organise various events, providing high standards of cooperation with event organisers. We are proud that the efforts of our commercial events team were recognised.

7 NEW WONDERS OF POLAND 2016
The EC1 Planetarium won the "7 New Wonders of Poland 2016" contest organised by National Geographic Traveler, ranked first in the poll with 18.09% of the votes cast.
We are satisfied that we have managed to win this prestigious title for the Łódź institution. It would not be possible without the substantial engagement of the residents of Łódź, media assistance and the kindness of guests from all over Poland. It is not just a success of EC1 Łódź – City of Culture, but mostly the residents of Łódź, who supported the planetarium both in the poll and every day by visiting 1/3 Targowa Street. Thank you for every vote and every visit. We would love to welcome you again.

"EC1 Łódź - City of culture" in Łódź, institution run jointly by city of Łódź and Ministry of culture and National Heritage

Cookie files...
We inform you that on our website we use cookies that are stored on your device the end user. By using this website you agree to the use of cookies in accordance with current browser settings. You can turn off this mechanism at any time in your browser settings. Using our website without changing the settings for cookies is that they will be stored in memory. 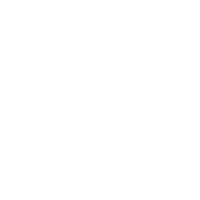